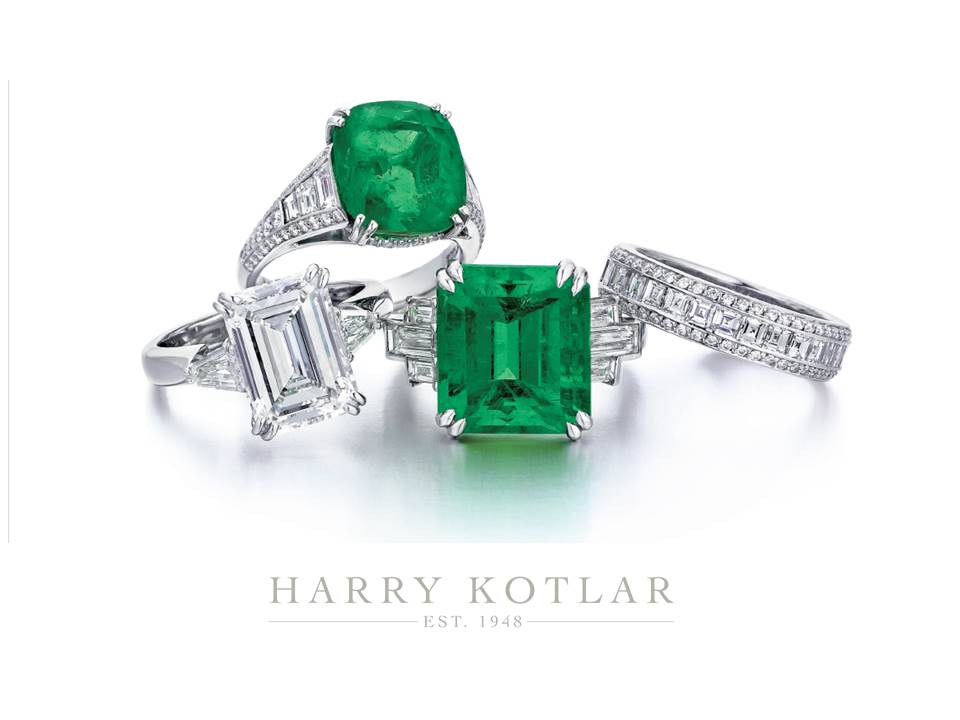 The greatest jewelry pieces can take you back in time. Harry Kotlar’s latest collection, Circa 1920 connects the talent of its present-day craftsmen to the 1920s, considered the golden age of art, design, and industry.

The decade saw the rise of Art Deco, a movement that combined sleek, modernist esthetics with the era’s unprecedented optimism. Kotlar’s Circa 1920 collection features an abundance of Art Deco-esque Step Cut diamonds combined with contemporary design flourishes. These stones, with their smooth, geometric silhouettes, can be considered modern Art Deco masterpieces.

The popularity of Step Cut diamonds grew during the 1920s. These stones are either square- or rectangle-shaped, and have rectilinear facets that run parallel to the curvature of the stone. This distinct shape gives the appearance of a staircase, hence its name. These steps also draw the gaze deeper into the stone’s luster.

The rings and bands in the Circa 1920 collection features a stunning combination of emeralds, baguettes, bullets and trapezoid cuts.

A Tribute to the Maker

The 1920s is important to the history of company, not only because of the Art Deco movement, but also because the decade saw the dreams of our founder take root. Harry Kotlar opened his first fabric shop in Poland during this time. While Harry’s jewelry business wouldn’t open until a few decades later, we consider this an important point in our founder’s legacy.

As early as then, Harry’s passion for artistry and commitment to customer satisfaction were already apparent. The Circa 1920 collection also stands as a tribute to these qualities.

For more information on the craftsmanship and heritage of Harry Kotlar visit: harrykotlar.com.